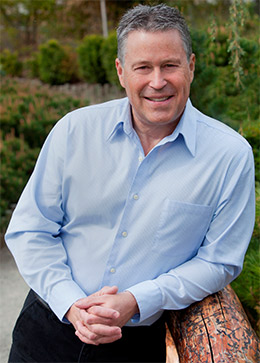 US real GDP growth registered 2.3 per cent in the first quarter of 2018, the slowest pace in a year due to a pullback in spending by households that saw consumer spending post its lowest growth in five years.  On the positive side, business investment was solid and exports rose nearly 5 per cent. However, US imports of goods and services from other countries grew only 2.6 per cent.

While steady growth in the United States is generally good news for the BC economy, slow growth in US imports and the ad-hoc approach to trade policy under the current administration still present a significant risk for BC's important export sector.

US real GDP growth registered a weaker than expected 1.9 per cent growth the final quarter of 2016, and 1.6 per cent growth for the year as a whole.  Growth was pulled lower by a widening US trade deficit, while consumer demand and business investment were robust. Most economists expect US economic growth to accelerate to about 2.2 per cent in 2017.

The pace of economic growth in the United States could be a key determinant in the BC housing market this year. While faster US growth is generally positive for the BC economy, a stronger pace of growth along with a possibly significant shift in the fiscal outlook due to the large tax cuts and ramped-up spending plans of the Trump administration, is already translating to rising long-term interest rates as markets anticipate higher inflation and consequent monetary tightening by the US Federal Reserve. In turn, that uptrend in rates is putting pressure on Canadian mortgage rates, with many lenders increasing their best offered rates.

Canadian manufacturing sales rose 1.5 per cent in November after posting a moderate decline the previous month.  Sales were higher in 14 of 21 manufacturing sub-sectors. After adjusting for inflation, the total volume of sales was 1.2 per cent higher.  In BC, where the manufacturing sector is a significant employer and a key driver of economic growth, sales were up 2.4 per cent on a monthly basis and 9.2 per cent year-over-year. The manufacturing sector has been on a significant upswing after a slow first half with sales posting nearly 8 per cent growth over the second half of the year. That growth is adding to already strong momentum in other sectors and supporting housing demand across BC communities where manufacturing, particularly of forestry products, is an important driver of local economic activity.

The Bank of Canada announced this morning that it is holding the target for its overnight rate at 0.5 per cent. In the press release accompanying the decision, the Bank noted that uncertainty in the global outlook, particularly with regard to policies in the United States, is undiminished. The Canadian economy is forecast to grow 2.1 per cent in both 2017 and 2018, implying the Canadian economy will return to full capacity in mid-2018.  On inflation, the Bank noted that it continued to be lower than expected but should return to it 2 per cent target in coming months. Political uncertainty in the United States will likely govern the direction of both policy rates and long-term bond yields over the next year. The interest rate on 5-year government of Canada bonds has risen to its highest point in a year, which is adding upward pressure to mortgage rates offered by Canadian lenders.  While the Canadian economy is forecast to post steady growth in 2017, overall slack in the Canadian economy remains persistent.  Without a significant uptick in economic growth, inflation will likely continue to trend at or below the Bank's 2 per cent target.  That, along with lingering uncertainty, will keep the Bank sidelined through 2017 with a chance of lowering its target rate should current downside risks to the economy become realized.

Powered by myRealPage.com
The trademarks REALTOR®, REALTORS®, and the REALTOR® logo are controlled by The Canadian Real Estate Association (CREA) and identify real estate professionals who are member’s of CREA. The trademarks MLS®, Multiple Listing Service® and the associated logos are owned by CREA and identify the quality of services provided by real estate professionals who are members of CREA. Used under license.